Resources for Christian Women: Part 2 (and why I won’t call myself a Feminist)

Resources to me come in many different forms. You have websites, books, apps, and podcasts. This week I will be focusing on a particular podcast series, but before I get into the content itself, I first want to share something that has been heavy on my heart. Recently the city of New York passed a bill allowing for abortion up until nine (9) months. This is outrageous! I am Pro-Life and believe that a baby is a baby from the moment it is conceived. Babies are a gift from God, created in His image and, therefore, should be acknowledged as possessors of infinite and intrinsic worth, just as their adult counterparts.

The argument many people have these days is that abortion is necessary, particularly instances where the mother’s life is at risk. This was the primary rationale behind the bill. However, that example is actually quite rare. Another argument used for the advocacy of abortion is derived from the instance in which the woman/mother was raped. Yet again, statistically, less than one percent of women actually have an abortion for that reason. I know not everyone will agree with my position on the sanctity and dignity of every human life, nor the worldview and beliefs behind it, but I wanted to share them anyway -after all, this is MY blog and a platform for reasonable and substantive expression.

“Behold, children are a heritage from the LORD, the fruit of the womb a reward.”

One of the reasons I bring this up is to segue into my next point, which is the following:

I am a female and proud to be one and yet, I am, by no means, a feminist. Why?

From an eternal standpoint, true feminists do not value the woman. While they claim to be fighting for women’s rights, the “rights” they fight for are not biblical. The woman God created, He created to glorify Himself, just as was his intention with men. However, feminists seek to glorify only themselves.

How, do you ask? Just consider the underlying ethos behind almost everything they argue for, the right to do and be everything that a man is and can do. They desire to be equal to men in EVERY way and think that it ought to be thus.

However, the very fact that women are not men, biologically, means that they will and can never be entirely equal to men, at least with regard to some of the roles and distinct functions they serve. And why should they be required to fit that mold, when God has created and endowed them with specific and unique purpose? Most women have the God-given ability, indeed gift, to bear children and that is something a man cannot do. But here we are in 2019, where New York has passed this bill allowing for women to be one step closer to becoming almost entirely like men. They’ve gained the legal authority to mass murder babies, all under the guise of “progress”. This is one of the main reasons I being a female cannot call myself a feminist.

A few last things to consider are these…the only reason one can even be in a position to advocate for such evil, or against it is that ultimately we, as individuals, were not merely a choice. Every joy, every sorrow, every moment of laughter, every shed tear, every savory bite of your favorite dish to every heartfelt embrace by and with the ones we love -indeed, the sum of our very existence as humans was granted to each one of us solely because our lives were not an option. How unfair is it then, to self-impose our will(s) at the expense of another’s life. We wouldn’t do it to our neighbors, why then would we do it to our offspring? And if you think “well it’s the woman’s body.” Ok. Is it not also the child’s body within her own? Was that woman, entirely human now, not also once a body within another’s body -entirely human then as well. Nature also testifies against this, as apart from outside factors, every living organism has an innate desire to…you guessed it, live. Have you ever heard of a case where an infant commit suicide, perhaps denying themselves food, literally to the point of starvation? Or even a more independently functioning toddler, intentionally causing self-harm to the point of death? I haven’t either

“For man was not made from woman, but woman from man. Neither was created for woman, but woman for man. That is why a wife ought to have a symbol of authority on her head, because of the angels. Nevertheless, in the Lord woman is not independent of man nor man of woman; 1for as woman was made from man, so man is now born of woman. And all things are from God.”

As for me, I seek to glorify God the way he intends to be glorified through me as one of his many image-bearers. God called women to have children, if able and willing, to teach other women, to help their husbands and support their church. That is the kind of woman I long to be, but only by the grace of God as I had not always possessed such aspirations. I want to glorify Christ by following what the Bible teaches because I believe the Bible contains the very word of God; truth. The scriptures are how God speaks to us today, the Holy Spirit of God is the active agent who directs and convicts us concerning matters of right and wrong (alongside our consciences). He helps grows in through our studying of sacred scripture. As Christians, this is our calling, to be like Christ thus glorify God and enjoying Him forever. Give thanks to him, every day for life, in all its forms and stages. 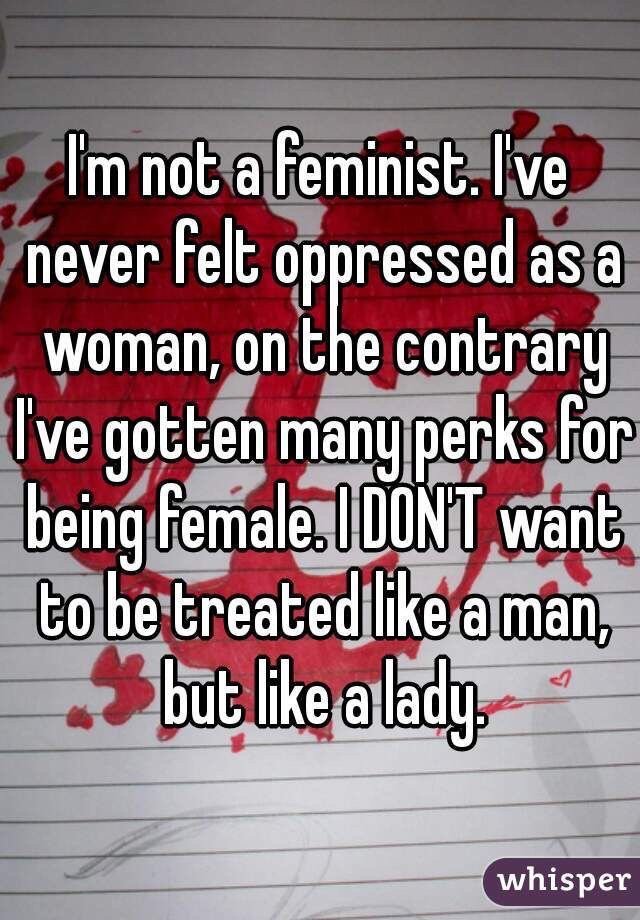 And now I’ll get to the resource. As mentioned earlier, today’s resource will be a podcast called ““. It had been titled such because women are theologians too. In fact, anyone with any thoughts, opinions or reservations about the person/concept of God is technically a theologian. This resource can be a means by which we as Christian women can be inspired and learn to grow in knowledge and worship of Christ. The two hosts are reformed Christian women, in and around their late ’20s, one actually just turned 30 recently. They delve into and examine various topics, including the one that we are dealing with now, and break it down, lending the listener a biblical perspective on it all. Another, reason that the first section of my post this week is what it is, is concluded a 4-part series called “Feminism is Poison: Remix” where they expound upon the origin of the feminist movement and how it came to be what it is today. Further, they explain how the feminist movement is not biblical, nor does it glorify Christ. I have added links to the series below and sincerely I implore you should give it a listen, whether your preconceptions or opinions in contrast to mine or not. It will certainly be worth it. Much of what I have learned from them, I’ve shared in this post. I also think they are quite enjoyable to listen to but that could be because I relate to them as I too am in my late ’20s. Anyhow, try to keep an open mind and approach it with a willingness to learn. Also, let me know what you think of the podcasts or anything I have discussed in the comments section below. I would love to hear your view on things. As always, thanks for reading journeyers. 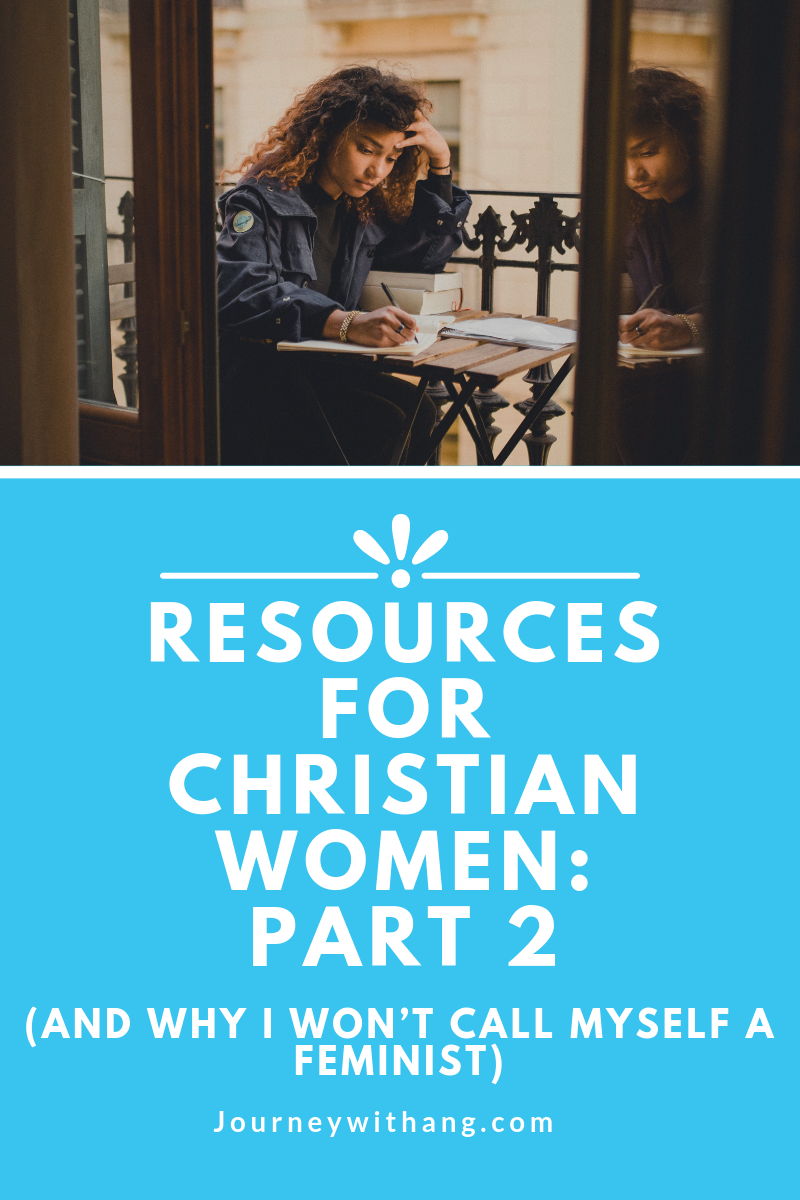 4 thoughts on “Resources for Christian Women: Part 2 (and why I won’t call myself a Feminist)”