“Therefore, since we have been justified by faith, we have peace with God through our Lord Jesus Christ. Through him, we have also obtained access by faith into this grace in which we stand, and we rejoice in hope of the glory of God.”

If you had asked me 8 years ago what Reformation Day was, I’d have looked at you with a blank stare. Seriously, I had no idea what it was and if you, like me 8 years ago, don’t know either, here is a quick lesson. And even if you do know, here’s a quick review.

We’re going to go back in time, about 501 years to Germany. A German monk by the name of Martin Luther, after battling with the teachings of the church, issues his 95 theses and nails them to the All Saints’ Church in Wittenburg. This was a huge controversy because in these theses he spoke directly against many of the church’ core doctrine and practices.

Disclosure: This post contains affiliate links. If you purchase anything from one of these links, you won’t pay a penny more but I will get a small commission.

You see, at that time, people were taught that they could buy a ticket to heaven, per say, through what were called indulgences. These indulgences, which were often monetary contributions, we claimed to potentially shorten one’s sentence in purgatory or even the sentence of a deceased loved-one.

Luther, at the time, was angry with God because, scripturally, he realized there was no way he could pay for his sin. The sentiments were so intense that often times he would beat himself in an attempt to physically pay for his sin, albeit in vain. He struggled with the idea that his sin could never be atoned for by his own works.

It wasn’t until he began to teach on the book of Romans that God revealed the truth to him. By grace, he understood that one can only be saved by faith and shortly thereafter, the burden that he carried for his sin was lifted. He went from hating the God of the bible to loving and understanding Him. He was able to comprehend that one could not gain salvation through any of their works.

“For by grace you have been saved through faith. And this is not your own doing; it is the gift of God, not a result of works, so that no one may boast.”

It was not long before he began speaking out against the church, telling both its clergy and the greater populace that the practice of buying and selling indulgences; trying to gain or permit access to heaven by works, was wrong. This is what, most directly, lead to the hammering of Luther’s 95 theses upon the church door in Wittenburg.

Why is this important?

Well, back then everyone relied soley upon the church telling them what the Bible said. The spark that Martin Luther’s “protests” ignited stirred up both an upheaval and a demand for the word of God preached and taught directly from the source; sacred scripture. This was a stark contrast to the structure of the church previously as [1] the Bible was not available in the common tongue, but rather primarily in Latin alone and [2] all authority concerning the interpretation of scripture rested upon the pope and clergyman under him.

Therefore, another natural catalyst in the growing Reformation movement was the equal availability of Scripture. Martin Luther managed to translate the entire Bible, allowing more people to have direct access to it. They now had direct access to God’s word and could read it for themselves without the churches interpretation, which was often marred and grossly misleading due to centuries of human tradition.

Naturally, this caused great division in the church. While the church, at that time, reinforced that works, alms and a pious life was integral to one’s salvation, Luther expressed, by diligent and honest examination of the text, that salvation was through Christ Alone, through Faith Alone, through Grace alone, through Scripture alone, for the Glory of God alone. These are the “5 Solas” we know today.

The consequences of the Protestant Reformation reached far beyond religious life, transforming everything from politics to western society as a whole. However, at its very core, was a desire to live and remain faithful to God, through His word.

Glory be to God for granting us the ability to read and examine His word for ourselves and allowing us to see truth. There is nothing we can do to clean us of our sin. It is only through faith and God’s saving grace that we can come to the cross. Like one of my favorite hyms says;

”In my hand no price I bring, simply to Thy cross I cling.” – Rock of Ages

I hope this post was an encouraging reminder of what Christ has done through one of his saints and if you did not know of it, I hope this was an informing lesson that leads you to further study the word of God and Christian history. 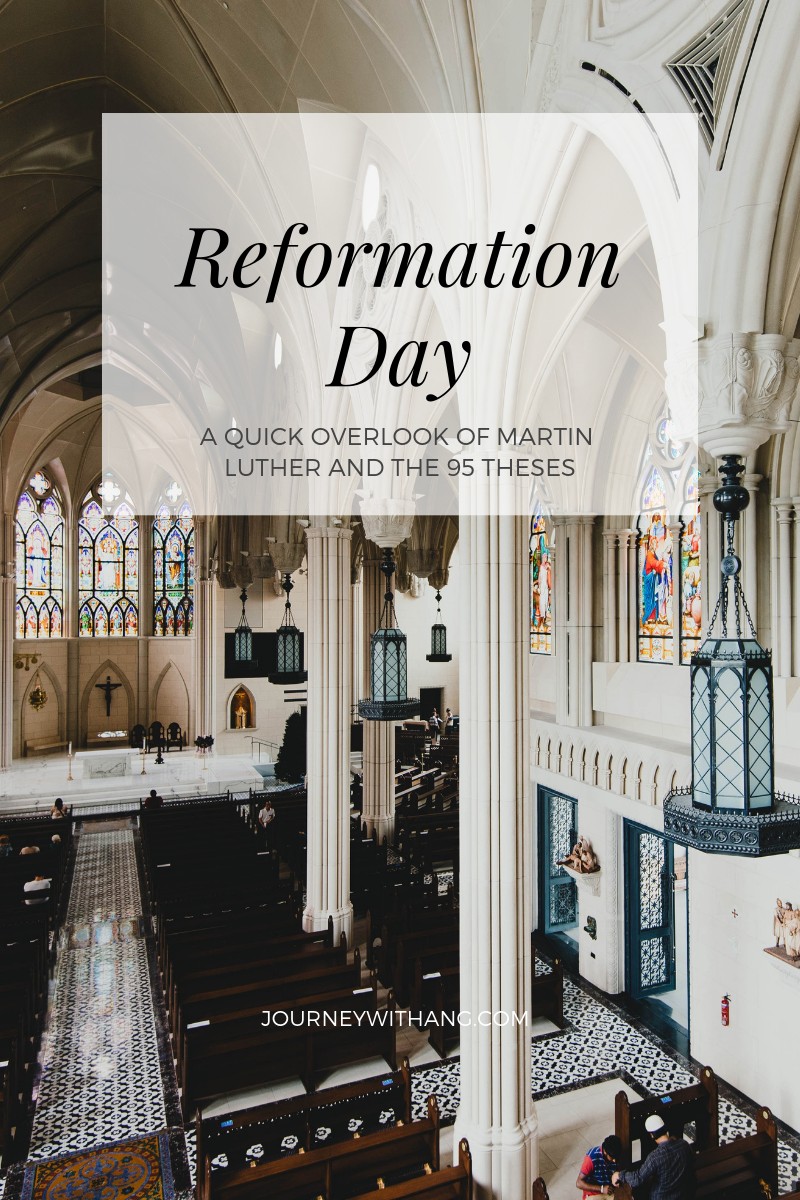 Below you can find a few resources on the topic.

The Legacy of the Reformation

The Article in Which the Church Stands or Falls

Why the Reformation Still Matters